The championships took place at the Rokeby Police Academy just south of Hobart, Tasmania and featured primary and secondary schools from all over Australia, with the addition of one New Zealand team.

George performed to a high level in the U17 races on Saturday but really showcased his talent during the Monday team relays.

Competing in the U18s and U20s 3000m relay event, George beat over 100 competitors to came away the second fasted lap-time of 8m33s.

After enjoying the oppourtunity to go to Hobart with the New Zealand team Geroge is now turning his foucs to future events.

"Putting on the silver fern was a great honour and truly amazing experience to be a part of. I am now turning my attention to the New Zealand Secondary Schools Track and Field Nationals in December where I am looking to build on my result from last year and hopefully medal," says George. 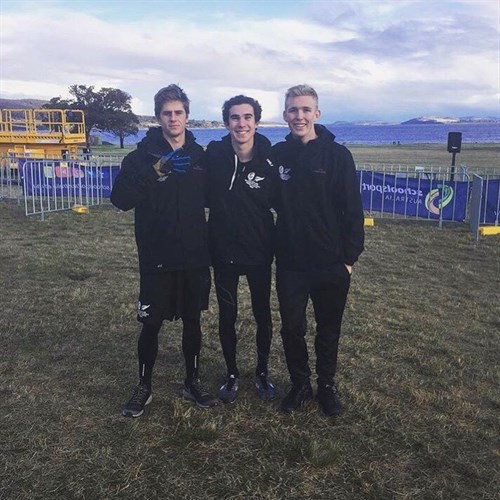