The tournament ran for a week long, starting on Monday 16 October.

After competing in the Auckland representative team for the first half of the week, the highly competitive athlete was then selected to represent New Zealand and play for three trans-Tasman matches.  After a competitive bout, the New Zealand team placed runners up to the Australian team.

Michael’s mother Julie Gifkins flew to Australia to accompany the wheelchair athlete and was thrilled when it was announced that Michael would play for the New Zealand team in addition to the Auckland team.

“He has played powered wheelchair Football and Hockey since he was five,” says Julie.

“His aim has always been to represent New Zealand at the Paralympics so this placing brings him a step closer to his goal.” 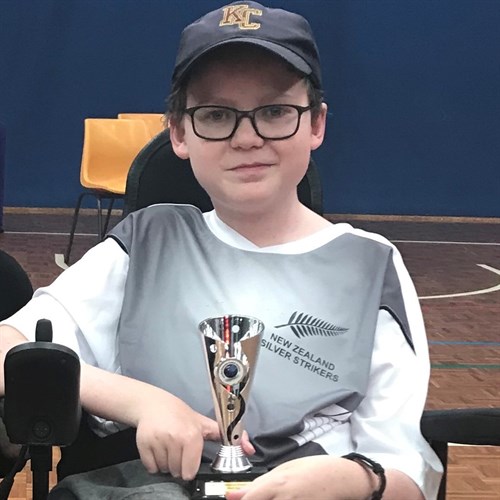